I love the new technology video conferencing provides. It’s great to have a meeting with several pastors without wasting five hours of travel for a one hour meeting.

Oleg and Daniel, (yes, real names) attended the Workshop on Biblical Exposition (WBE) on Galatians a year ago. This year, both were sitting in the foyer waiting for our arrival and each greeted me independently and identically, “I was hoping you would come.” That had been my exact thoughts and prayers for the last year and it was certainly foremost in my mind as I passed through the “trinitarian door” of the Vyshneve House of the Gospel.*

Last year by the mercy of God these two men, more than any of others, adopted me. Daniel the Messianic Jew claimed me his rabbi and he asked if He could follow me learn more as I interacted with others.

Oleg came as a bit of an outsider to the group and he found a resonant connection with my teaching style. These two men sought me out at every break. They tried to sit at the same table for each meal. The beauty of the story is not exclusive to these to men or to me. This merely illustrates the pattern each instructor provided outside the formal teaching periods. Each one had men who intentionally and purposefully wanted to be discipled!

How humbling to see the Lord working nonstop through the specific connections and relationships outside of the formal teaching. This is the work “in the shadows” that a video link cannot provide. Or to use the popular idiom, it puts, “skin in the game.”

But still more, God graciously permits discipleship to grow out of the setting designed to promote preaching.

* The “trinitarian door” is my name for the three doors at the main entrance. The internet in the church is too slow to upload pictures so I will have to share that later along with the photos of conference activity.

If you listen to the upcoming world cup trials you will hear comments about a result, ie, a goal. Did we score a goal from any angle. This picture is reserved for student responses on the result

Pastors Bill Wilton, Perry Tinklenberg, Fritz Harms, and myself decided to take a walk after class on Tuesday evening. Camp Zmina is located in a remote village, without the benefit of streetlights to illuminate the narrow and uneven roads. As we walked, chatting about the day’s work, Bill suddenly asked a question of the group: “What year were you born in?” Turns out, all of us were born before 1980 (and most of us before 1970 – sorry guys!). While we were all puzzled about exactly what Bill was driving at, he – being a good preacher! – made the point clear.

From the early days of the Soviet Empire, the Communist government had little room for the free expression of religion. Churches, where and when allowed, were strictly regulated.Usually, it was the state religion that was permitted, while other churches were heavily restricted. Evangelism and missions were virtually non-existent (as is increasingly becoming the case again in modern day Russia). Of course, For many years, Ukraine was not an independent country, but a part (however unwilling) of the Soviet Empire. The camp facilities that are serving as a host for the week, in fact, are a former Soviet retreat center, used as a summer camp for Communist party bureaucrats & their families for summer R & R. Literally everywhere we look, we see the remnants of an era strong opposed to the spread of the Kingdom of God.

And yet, here we are. For the past week, we’ve been talking about the power and the practice of preaching. God reminds us in his word that the message of the cross – the message we train and are trained to preach – is foolishness. Here we are, surrounded by the crumbling remnants of a once-superpower nation, a nation bent on resisting and rejecting religion in favor of a human ideology, shaping the hearts and minds of our students to preach a message about a savior who suffered, a savior who was ridiculed, shamed, beaten, and killed. A gospel that the world is and always will be different from here on out. A gospel that will long outlast the worldly kingdoms and empires, and dictators and despots.

The students we help train this week will, in due time, enter the ministry. They will serve in rural churches around Ukraine, andthey will serve urban congregations in cities like Kyiv, or Kharkiv. They will – as one of our students is doing at present – continue to minister to soldiers and families near the front lines of the conflict with Russia. They will, as another student is doing, minister in the university context, challenging skeptics to weigh the claims of the gospel against the worldview of unbelief. The work that ITEM (International Theological Educational Ministries) is involved in will have a ripple effect in the coming years, and even decades. They will preach the gospel, faithfully we trust, from God’s word. They will, in turn, shape the hearts and minds of countless others.

Who would have thought that even 30 years ago? It’s an awesome privilege. To train preachers to preach God’s word in a land where there is such a hunger for biblical truth is a gift! It’s also a humbling reminder. The kingdom of God, as weak and powerless as it may seem, will be built, and the gates of hell will not prevail against it. And that is a weighty glory.

President Eric Van Alten addressing the class. Please see Seminary.ersu.org to learn more about the school we are assisting.

Today, we feel the pinch. We have to literally put in the hours for accreditation at ERSU (seminary preaching class) and get things rolling at KRBC (workshop for existing pastors with little training). We struggled with options because a “short break” for Bill and me turned into a half-a-day just to meet the people we were trying to see. Do we dare risk that late in the day for Fritz and me, or will we find ourselves asking for a bed in a village we have never seen in a language we don’t speak?

I am transported to the Liberian bush and the missionary trek to regions unknown. I loved those days and I feel the adrenaline – I’m ready to spend the day at the seminary and find my way to Postad in Vishnevye. (No wonder my wife gets a bit nervous about me when I travel without her wise tempering compliment that is the gift of God’s design for marriage). 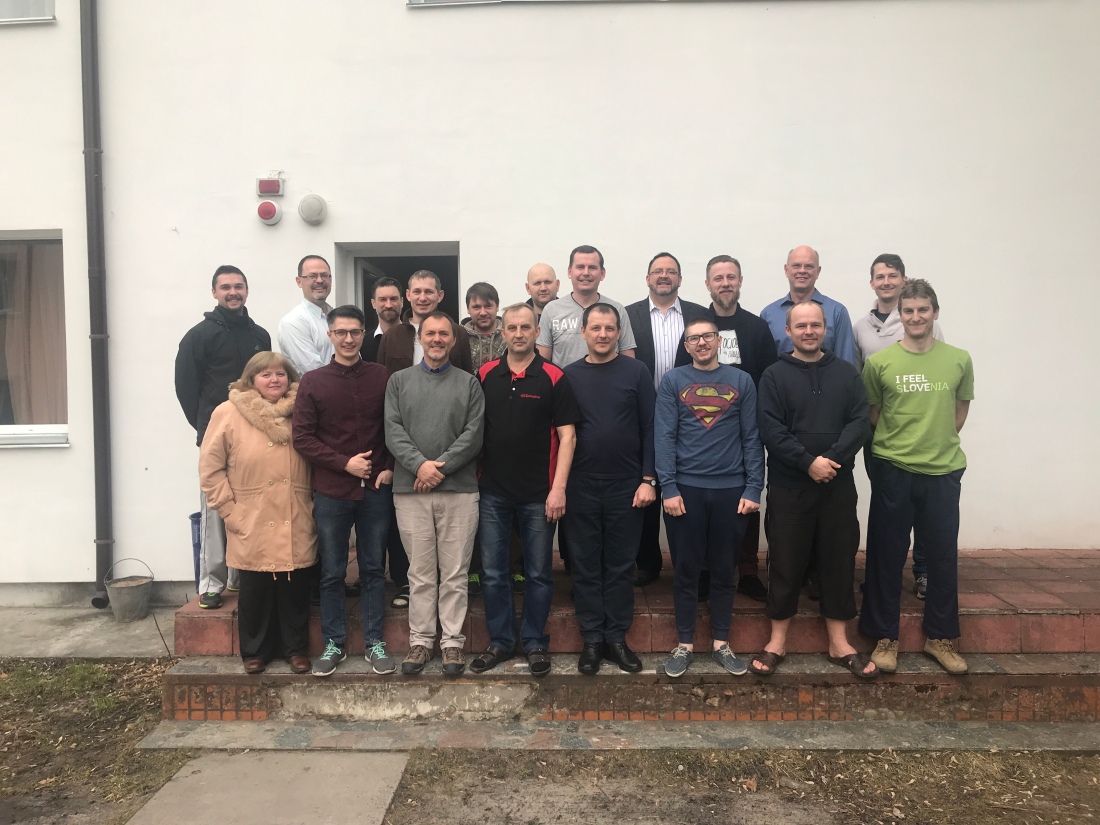 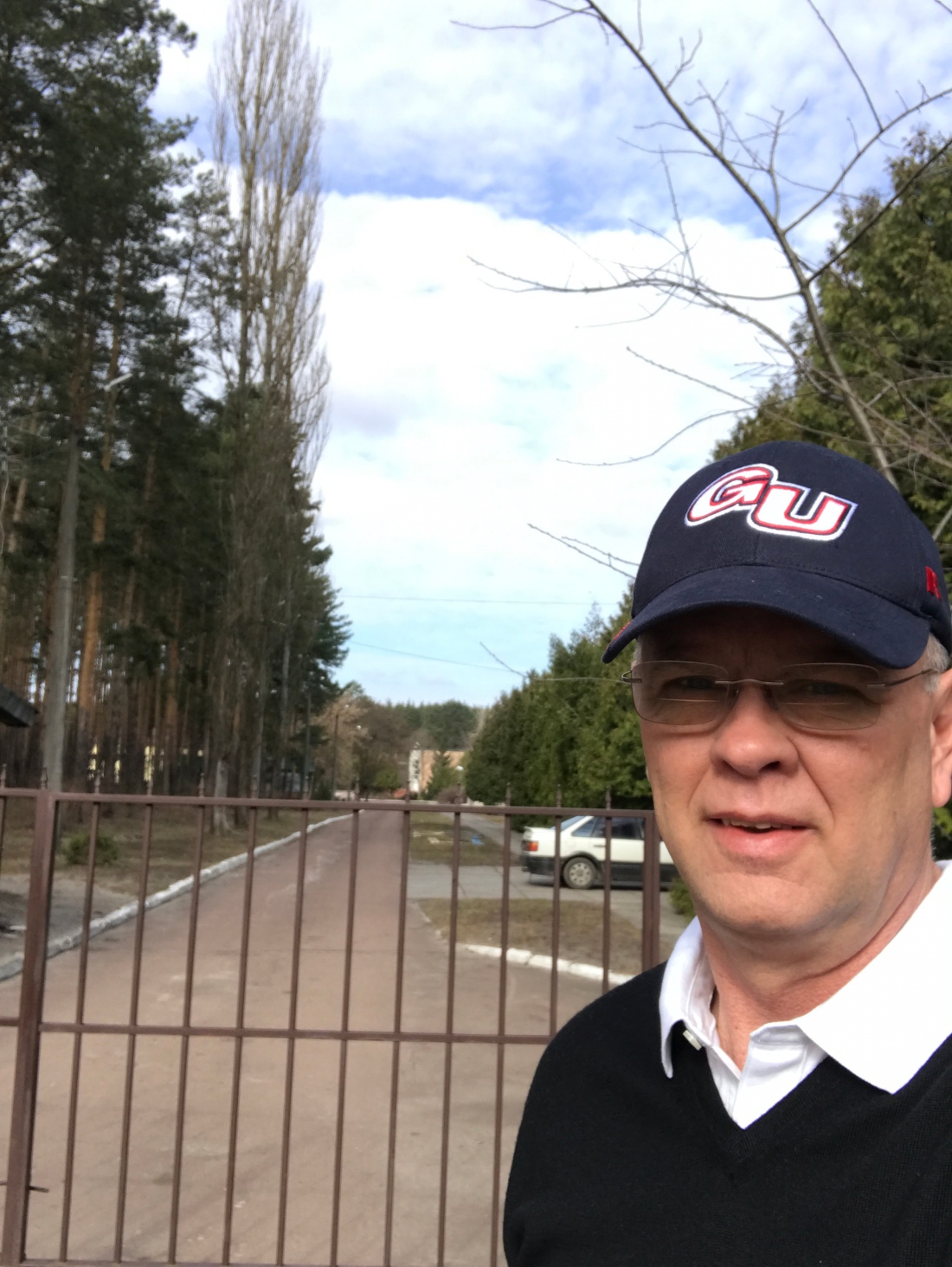 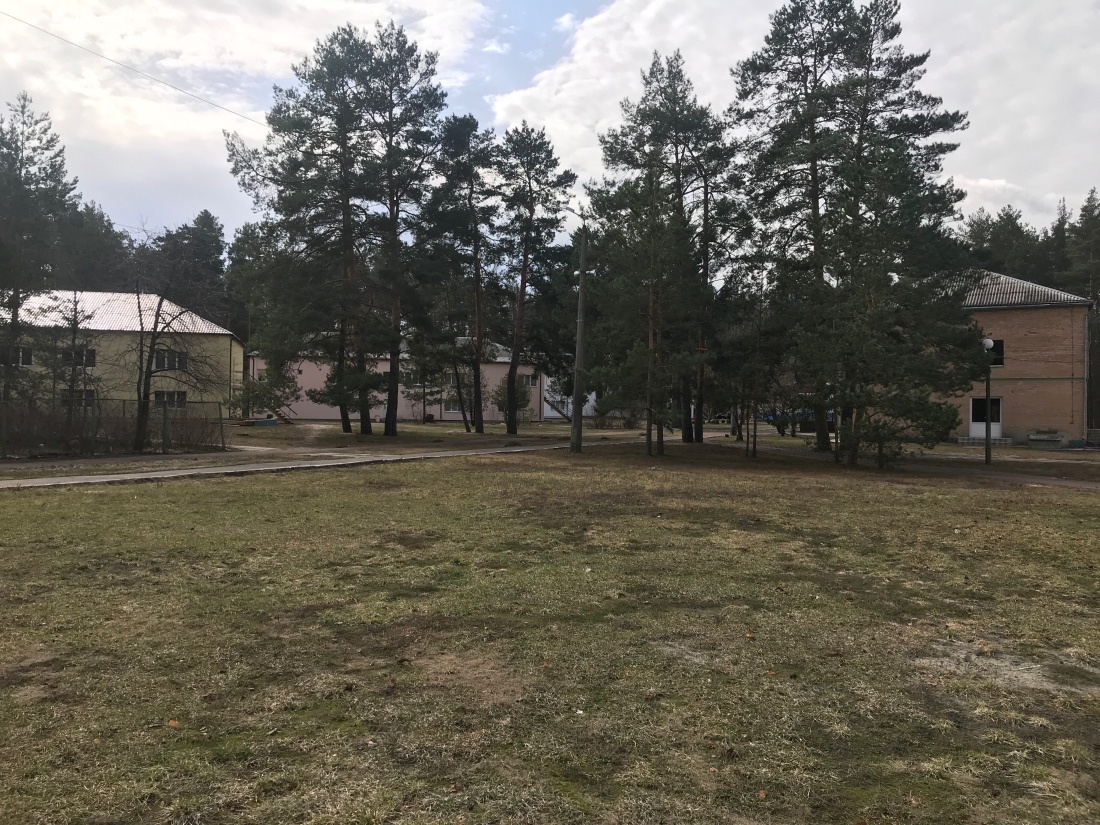 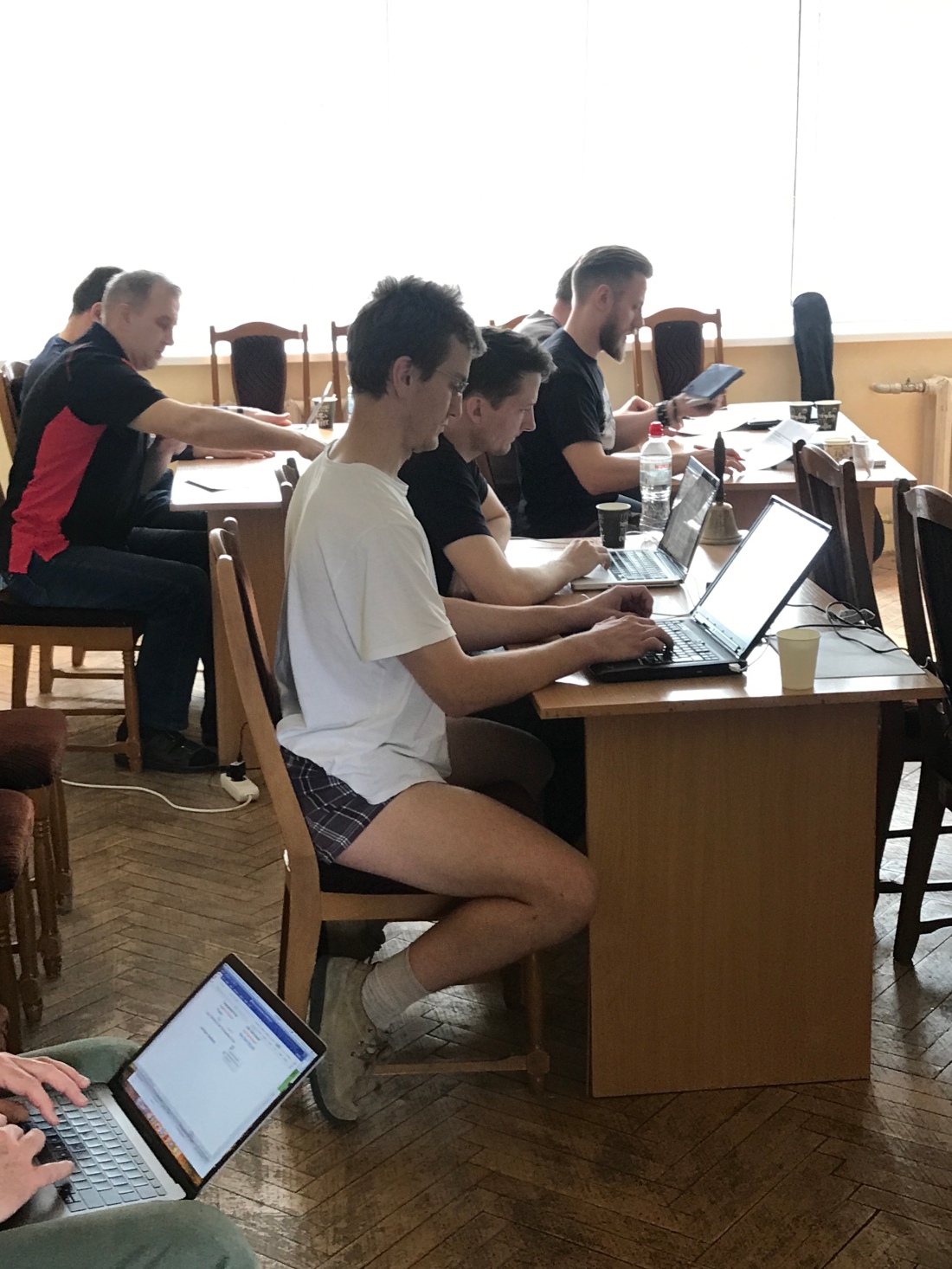 One student said, “that is OK, he is Slovenian!”

It was so nice to meet you and have you here in Campina. Thank you for serving at the conference!  Unfortunately I didn’t pay enough attention yesterday and most of the forms were returned blank on that last question asking for comments to share. I am sorry, I almost forgot myself and am only sending it now.

It’s been a real privilege to attend this conference. I was able to get a more clear perspective on the book of Hebrews and now I have a better understanding on its message.

Thank you for giving us the opportunity to attend this conference and become students  again. I don’t have a degree in theology, but I am very grateful for the lectures, the sermons and the time we spent in the small groups. May God bless you!